You can find the original post here, and re-printed here:

I’ve taken out references to legislation to give readers a look at my documents without complicated legal discussion. If you want to read about that, please see my documents presented with legal arguments against compromise legislation here.

Parents’ names on all documents redacted by author.

It is signed by the attending physician and the hospital administrator

SIGNATURE OF ATTENDANT: “I hereby certify that I attended the birth of this child who was born alive on the date stated above at 12:55am”.

The hand-written number above-left of the registered number indicates that this is the 766th certificate issued that year to date.

The 3-page Decree and Order of Adoption names my father and adopters, and orders my name change.

The 3-page Decree and Order of Adoption names my adopters and my father, and sets in motion my legal name change. Both parties knew each other, met in court several times, and had exchanged addresses and phone numbers. My adoptive father was a distant cousin to my newly-deceased mother. This was an in-family private adoption. The records were closed as if we were strangers. 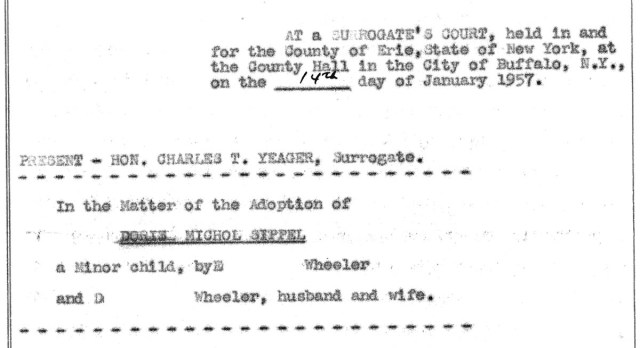 Some medical information is included, such as birth date, time, place, single or twin or triplet birth, and name of hospital.

The birth weight, gestation in weeks of pregnancy, tests and medications given to the “mother” and newborn are not included because this woman did not give birth, nor was this re-named child actually born. This child was created upon the finalization of adoption, but that fact is not indicated anywhere on this document.

Some States allow adopters to change the city, state, and birth date as well.

There is no line for the attending physician’s signature because this “birth” never took place.

When the State Director of Vital Statistics in the State capital creates a birth certificate by swapping in the information from the final court order of adoption, she or he then signs it, and affixes the State’s raised seal, certifying false facts as true.

The State Director of Vital Statistics is authorized to lie.

If anyone else gives false information on a government form, that is perjury.

This is the amended “birth” registration issued in my adopted name. 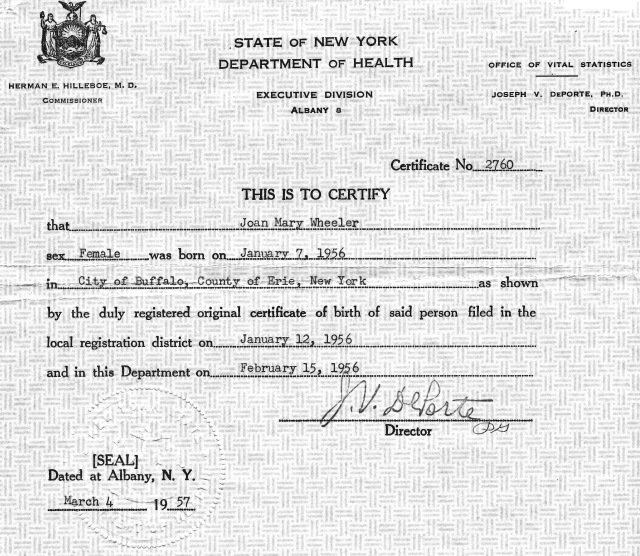 The following document is

No attending physician’s signature, only the signature of the State’s registrar at bottom. This mother did not conceive, nor give birth to Joan. There are no hospital records of this “birth” because it did not happen. This father did not sire Joan. The only document that documents this truth is the court order of adoption. Joan was not born; she was created when legally adopted on January 14, 1957. This birth certificate was issued 15 months after Doris’s real birth, yet it claims that Joan was born on Doris’s birth date and at the exact same time in the same hospital and that this was a single birth.

THIS IS LEGAL FICTION.

Joan Wheeler’s baptism never happened. Joan did not exist on the date of the baptism listed on her certificate.

Note that the Sponsors remain the same on both documents. They are Doris’s Aunt and Uncle.

Who directs priests to swap false facts for the truth after a child has been baptized? The Pope? Local bishops? Is this an individual priest’s decision?

Since the priest who falsified my 2nd baptismal certificate followed church doctrine by not baptizing me a 2nd time, why was he allowed to alter the facts? 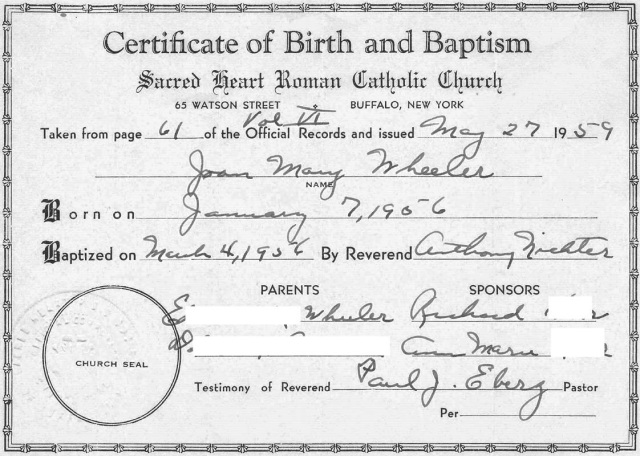 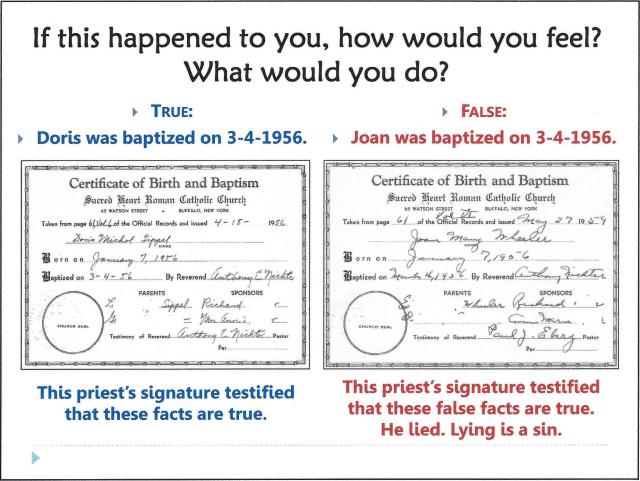 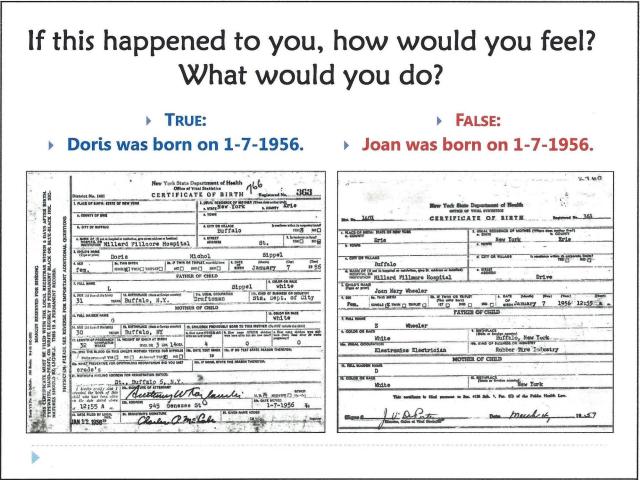