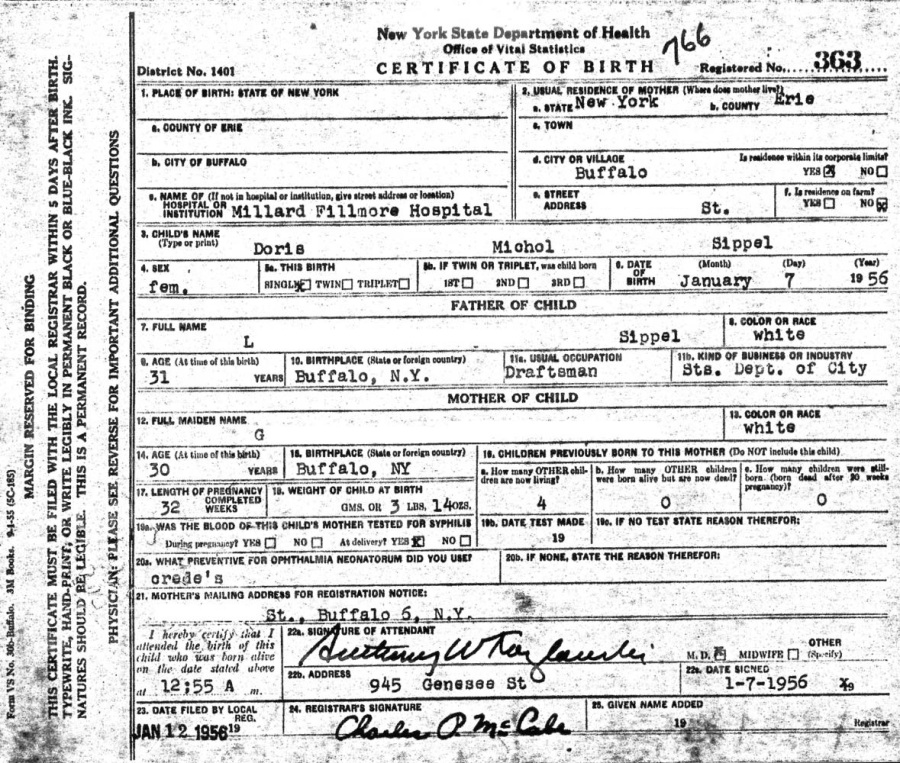 There are many reasons that the mirror Assembly and Senate Bills A5036B and S04845B do not provide for Adoptee Rights.

Relinquishment papers remove ALL parental rights, whether voluntarily signed, signed under duress, or parental rights were terminated by the state. The bills up for a vote – A5036B and S04845B – will actually give natural parents legal power over their adopted-out daughters and sons. Under all other circumstances, NO parent has any jurisdiction over the actions of their children who reach the age of majority. Passing A5036 and S04845B will put further discrimination upon adopted people who have been treated as children by the law in New York State since 1935.

Don’t forget, many adopted persons were removed as children from abusive natural parents. You will be giving these abusers more power over their adult-children by voting this into law.

In today’s world, we no longer view single mothers in the same derogatory sense as society did in the early 20th century. In fact, over half of children who are adopted are not born bastards. Many older children are adopted by step parents, removed from abusive homes and freed for adoption, or suffer the death of one or both parents leaving them orphans. The 1935 New York State law that revoked and sealed adopted people’s medical record of live birth did so under society’s need to dispose of and hide mothers’ sexual behavior outside of marriage and to hide the illegitimate bastard child.  Clearly, with step parents adopting their step children, with older children being removed due to abuse and then adopted, with orphans being adopted, it is evident that legitimately-born children are being discriminated against by laws meant to eradicate the evidence of being born a bastard.

In an effort to continue to hide from the truth of illegitimacy, New York State is about to vote into law bills that look only at the circumstances of birth that would be humiliating if made known.

The handful of mothers who claim they want to hide are inflicting their narrow view onto thousands of others who do not share their shame. Mothers-in-hiding need to accept that a medical record of live birth records the facts of birth of a new human being whether conceived within a marriage, by teenage love, an affair with a married man, a priest, a well-known public figure, a known or unknown rapist, a brother, father or uncle incest perpetrator. Perhaps these mothers are more afraid of repercussions when the father’s name is exposed than they are of meeting their own daughter or son. Maybe the fathers of some adoptees don’t want to be known so they fight adoptee-access legislation.

Surrendering a child does not revoke, seal, nor replace a child’s birth certificate with a new one. The only legal process that results in a person’s total loss of identity of birth is court-ordered adoption.

After relinquishment, adoption agencies and attorneys are under no obligation to tell parents whether or not their child was adopted, or lived in ten different foster homes, or died at age four. Many surrendered children live with other relatives, legal guardians, or in foster care until they age-out of the system. These children keep their birth certificates, even if they were removed from abusive parents whose rights were involuntarily terminated.

Passing A5036B and S04845B into law would then require adopted adults to seek natural parent permission to access their own birth certificate. No other adult needs parental permission for any major or minor decision. This is, again, discrimination against adopted persons.

To give natural parents who lost all their parental rights when they signed surrender documents is giving these mothers rights that no other parent has. Imagine if any other mother (or father) decides that she no longer wants her name on her now-adult daughter’s or son’s birth certificate. For parents whose children were not adopted, this would be unthinkable. Government authorities would not seriously consider granting such requests.

Facts are facts. The facts of a medical birth in a hospital are recorded by the attending physician at birth. The mother is required to fill out the birth certificate form in her hospital bed. The physician forwards the information to the Vital Statistics office and he signs the document. Whether or not mothers-of-adoption-loss want to admit it, there is no medical reason to deny the birth. Her name is on hospital records that verify the birth.

Giving redaction power to a small minority of mothers who wish to remain anonymous is giving in to these mothers’ fears. They must take their emotional pain to therapy, and not inflict their pain onto others by means of dangerous legislation that further curtails thousands of adopted people, bastards or not, in New York State.

For New York State to redact names from a medical record of live birth is to legislate manipulation of the facts, just as falsifying new birth certificates for adopted people is also manipulation of facts. The only difference is that, in placing new names on a non-medical record of live birth (the new birth certificate does not reflect medical facts) the registrar of vital statistics knowingly places false facts on a government form. The new document appears to be a birth certificate, but it is a legal document only.

A Judge would further dictate over the rights of adopted people by making the final decision whether or not she or he feels that releasing the sealed birth certificate would harm the natural parents.

All of these provisions will cause harm to all of New York State’s adopted citizens.

As I have stated in previous letters and emails to you, this law should be repealed, along with all tentacles of law connected with it in vital statistics, public health, domestic relations, and adoption. These laws should be replaced by reality-based documentation of live birth as applied to all other American citizens who are not adopted. This would immediately restore to New York State adopted citizens full identity rights to our certified medical record of live birth, annulling falsified birth certificates, reestablishing adoptees’ full equality under the law to non-adopted citizens – a right we had prior to 1935.

Criminals who are imprisoned for life never lose their civil right to their birth certificates. Felons who were executed had the right to die as themselves. Adopted people, however, are stripped of a civil right for life, and death, because of one reason only: adoption.

When you, our lawmakers, honestly see adoption through the eyes of adopted people, then you may be able to see that adoptees are not treated equally under the law to non-adopted people.

To further my argument, I took back my name of birth in June of last year. At age 60, I legally reclaimed my name that should have been mine since birth. New York State changed my name when I was 15 months old in compliance with the 1935 State law that revokes, seals, and replaces birth certificates of adopted people. Even though I legally reclaimed my name, I still do not have the legal right to unseal and obtain a certified copy of my accurate birth certificate.

But I own it. My father gave my birth certificate and baptismal certificate to my adopting parents when he relinquished me to them in 1956.

But I do not have the legal right to obtain a certified copy of my accurate birth certificate because of the oppressive 1935 law that removed its official validation.

If your birth certificate was no longer valid, how would you feel?

If other people were granted privileges over your access to even an uncertified copy of your birth certificate, how would you feel?

To see all of my birth certificates, follow this link to my article published on my website: https://forbiddenfamily.com/2017/03/24/presenting-my-sealed-birth-certificate-and-falsified-one-as-evidence-of-new-york-state-fraud-revoking-sealing-and-falsifying-adoptees-birth-certificates-is-unconstitutional/ Presenting My Sealed Birth Certificate and Falsified One as Evidence of New York State Fraud – Revoking, Sealing and Falsifying Adoptees’ Birth Certificates is Unconstitutional

As elected public servants, you have the public responsibility to protect your constituents. These bills would be harmful if passed into law. You must also devise ways to overturn the 1935 law that revokes and seals, then falsifies birth certificates of adopted people to completely restore civil rights to identity for all adopted people.