Even though this was written for April Fools Day 2015, this is still an excellent blog from Elle Cuardaigh.

Back in 1974, when I answered a phone call from a woman I did not know, I was a high school senior. I was 18 years old. This woman said she was my sister.

I knew I was adopted, but I was never allowed to speak of my feelings or my questions. I buried it all deep inside. So when this woman said she was my sister, I knew immediately that she really was my sister.

And at the same time, I knew that all I had lived for those 18 years of my life, was not real. I felt like a fool. How many people knew? Why was I the last to know? I wasn’t the person I thought I was.

Imagine being a high school student with final exams and the prom and picking out a college and making life-altering decisions, well, I went through the motions of all of that, but I was in deep, psychological trauma.

My parents KNEW and chose not to tell me! How could I trust them again? And then there were the rest of my relatives who all knew…

So, for me, I am not the total unsuspecting person who finds out late in life that she or he is adopted. I knew that I was adopted. I knew there were unknowns about me that were somehow going to be revealed. But that did not soften the blow as to how I felt that day in 1974, and for years later, and even now.

The shock of finding out the truth, and not from the adoptive parents who ought to have had the guts and maturity to tell me themselves, is something that I never recovered from, Betrayal, lies, fear, mistrust, radical acceptance… yes, this is being A Late Discovery Adoptee. 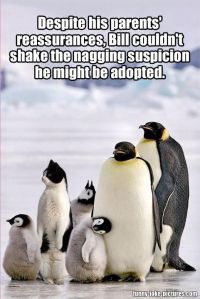 Imagine everything you thought you knew to be true was a lie. Imagine the parents you loved (or hated, or both) had deceived you your entire life, either with outright untruths, or lies of omission. And not about some small thing that can be compartmentalized, but something that permeates everything: Your origin.

This is what some adoptees must deal with. They find out when they’re a teen, or going into the service, or parents themselves, or at the funeral of their mother or father, that their identities have been based upon a lie. And let me stop you right there if you are objecting to your computer screen. Systematic lying, even with silence, is still lying. No matter how “noble” the reasons for doing it, it is still wrong. It is a betrayal that many can never recover from.

The lengths people will go to to “protect” the adoptee from…